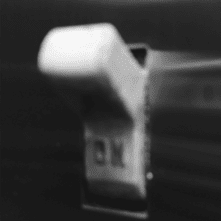 You have no idea how much you need a private git server. :) Really, you need git.

[Linus] Torvalds sarcastically quipped about the name git (which means unpleasant person in British English slang): "I'm an egotistical bastard, and I name all my projects after myself. First 'Linux', now 'git'."[23][24] The man page describes Git as "the stupid content tracker".[25] The read-me file of the source code elaborates further:[26] - From Wikipedia https://en.wikipedia.org/wiki/Git

Let's say you're running a project that includes work from an independent contractor. After the project is finished and is wildly successful, this contractor decides that the work provided deserves some kind of profit sharing and that the contract, NDA and other legal safeguards no longer apply. Finding and isolating the contractor's exact contributions in the final work can be impossible. Others may have changed or amended the work. In fact, the work may not even be in the final version. Forensic analysis like this is very expensive. Now imagine that there are many independent contractors across many projects. Ouch $$$.

With Git, you simply find the contractor's branch, since every change committed is there you can see exactly what was done, by whom and when. It's like a snapshop of the work at a specific time from that contributor's point of view. All issues and discussion when that branch was merged with the master is documented. The 'git diff' or even better, 'git blame' command can isolate subsequent changes to the contractor's work. Scope of work and such over time is more easily determined.

If you're an author, git works equally well. The master version is the current narrative. Branches can be anything that varies from the master. Chapters, new characters, external working copies or alterate endings all could be separately developed as branches. Work proceeds on these separate branches and then are returned to the master. Masters can be released at any time for external review, serial publishing or copyright submission. Once you learn how to avoid messy merge conflicts between branch and master, productivity and creativity improves.

Each branch is an entirely separate and complete copy of the master at the time of creation. Merging branches are managed as an entirely separate editorial process. This one aspect alone directly supports a more disciplined workflow. Fewer workflow problems means less stress and more creativity.

I provide independent managed hosted and on-premises GitLab instances. As part of my support plans, I provide ongoing training and help rollout changes needed to properly implement git. Get your own secure domain like https://git.yourdomain.com. On-prem instances enjoy unlimited users and massive storage. Call to find out more.